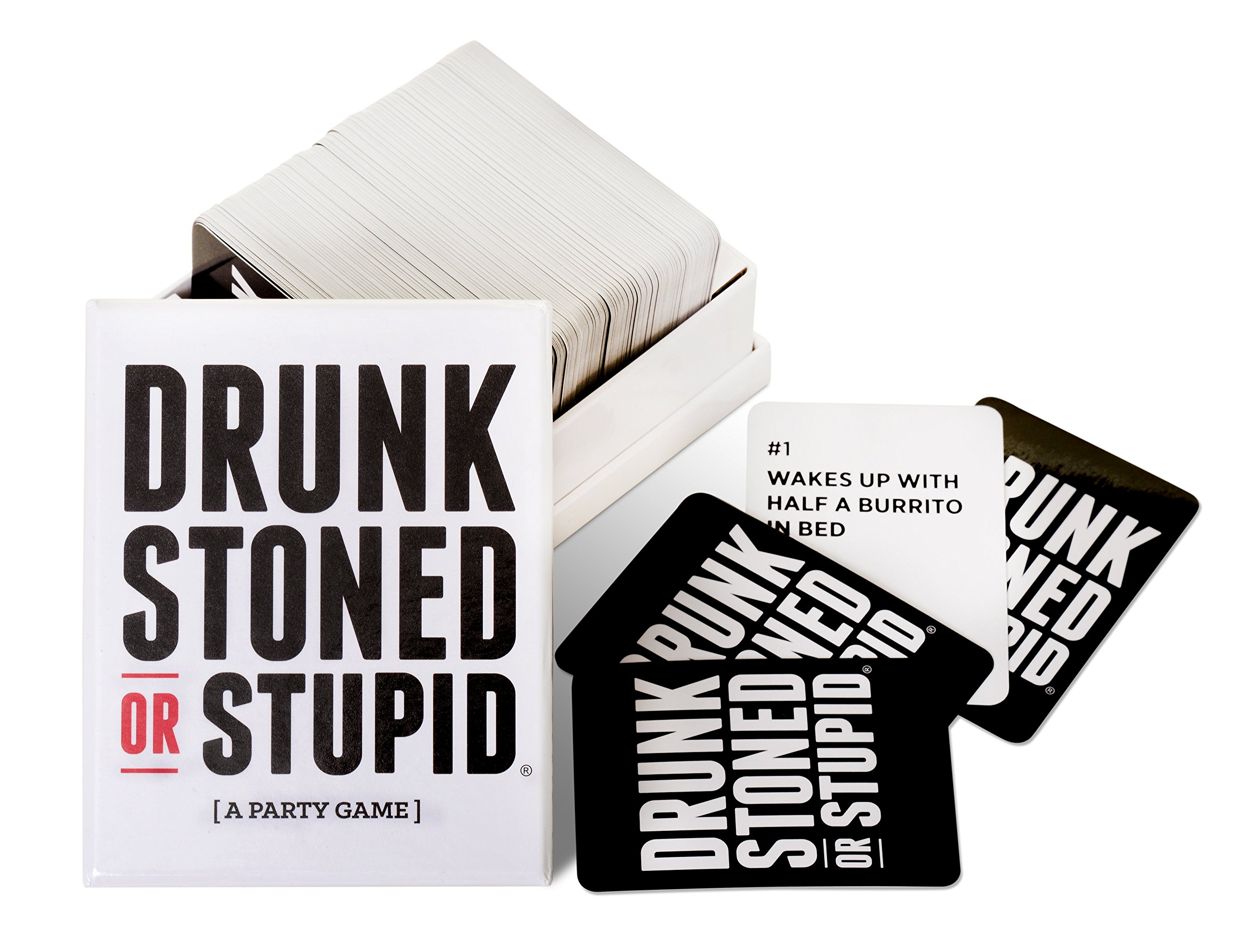 Drunk Stoned or Stupid Review… Is It?

Whenever I’m hosting a party, or going to a party with friends, I hope there’s a great game we can play together, and absolutely regret having played.

During recent years, especially for adults, hilarious, and often ridiculous games have been released that can be a blast to play at parties. One of these games is called, “The Drunk Stoned or Stupid (A Party Game),”. It’s super affordable, but should you buy it, is it a lot of fun?… Let’s find out:

The Game at a Glance:

The Drunk Stoned or Stupid Party Game comes with a variety of features to have a blast playing this game! Some of these features include:

How to play Drunk Stoned or Stupid

Every round a card is drawn and the entire group votes on who in the group would be most likely to do whatever is on the card (such as “Trash talk an athlete at the Special Olympics,” “Use their dad’s credit card,” or “Sleep with their best friend’s girlfriend”) 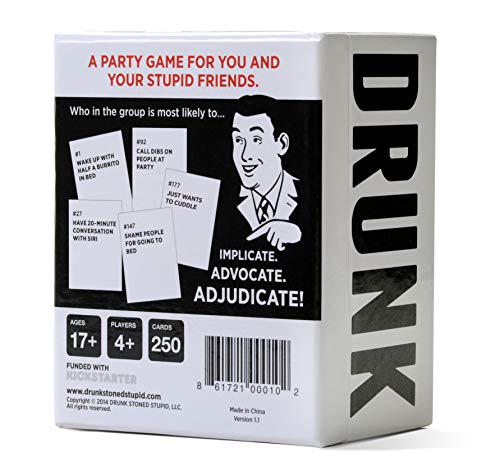 Verdict: Is Drunk Stoned or Stupid Worth Playing?

About the final verdict, I always like to remind the reader that this is my personal preference. I have a specific board game type that I love more than others, and that might be different for you.

Take my advice with a grain of Himalayan pink rock salt, and if you know a friend who owns Drunk Stoned Or Stupid, I highly recommend you go test it out yourself. Just remember that this game is more of an unreserved (real), adult-themed game, and not really about strategy or who “wins.”

That being said, this is a fantastic party game that’s a whole lot of fun – especially if you’re drunk… stoned or, you know… Yes, the premise and rules are very simple and it’s not overly complicated (I mean technically, you could just play with yourself – hehe- without buying the game), but I found it to be filled with fun.

My friends always love bringing up old memories and stories, and love picking on each other, and this game was right up our alley, especially with a few drinks.

We always enjoy debating and this game, and take it to a whole new level because none of us wanted to be shamed during the game. The best part is there are no clear winners, and as the judge, it is always fun to gang up on someone.

I really do hope this game gets released with new expansion packs, as this is the one real downside, but if you play it with a different group of friends every time, there will always be different answers.

This game is affordable and great for any party. I highly recommend it and hope you have as much fun playing it as I did.

What Do *Drunk Stoned or Stupid* Game Owners Think? >>